Some common types of industrial seals.

Gaskets: flexible pieces of material that seal the interface between two static (usually flat) surfaces. Gaskets rely on compression and their ability to accommodate defects in both surfaces to form a seal. Bolted connections are often used to provide this compression.

Labyrinth seal: a non-contact dynamic seal with a series of interlocking recesses or teeth on each side of the interface. This creates a narrow pathway through which the fluid has difficulty escaping. Labyrinth seals on rotating shafts not only rely on the viscosity of the fluid contained, but also use centrifugal forces and controlled vortex currents to prevent leakage.

O-ring: Torus shaped loop of elastomer, which can be seated in a groove and compressed to form a seal. May be considered a type of gasket.

Welding: Welding is often used to join sections of pipes and pressure vessels while sealing these joints.

Bonded seal: A washer with an outer ring of hard material and an inner ring of thicker and more flexible material that acts as a gasket. Normally used to seal between a bolt head and the part being fastened. This seals the hole through which the bolt is inserted. 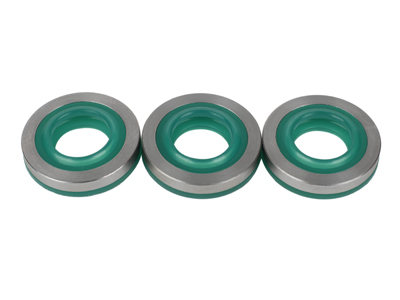 Sealants: When adhesives are used primarily to provide a seal, they are often referred to as sealants. Sealants are used in many applications, for example to ensure that aircraft wings made from riveted aluminium sheets can contain fuel without leaking.

Glass-to-metal seals: provide a seal between glass and metallic components, for example in light bulbs and other electrical equipment with vacuum chambers. They do not require a third material as a seal, but rely on molten glass that wets the metal parts during the manufacturing process.

Caulking: Sealants used with construction, to seal against water ingress and drafts around windows, doors and other fittings.

Hose fittings and pipe connections: many types of seal are available to provide connections between hoses, pipes and associated fittings. Many of these are compression seals using axisymmetric gaskets. 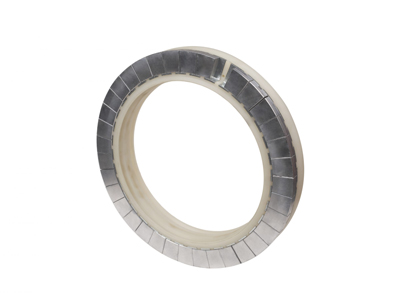 Piston seals: rings of flexible material that are located in grooves around the radius of the piston and seal the cylinder walls. Multiple split rings can be used to facilitate fitting. Different materials are used depending on the different gases or liquids present in the cylinder, lubrication, temperature and pressure. Examples include O-rings in air pumps, polyurethane rings in hydraulic cylinders or metal rings in engines.

JKHF is an organised and flexible company that is committed to meeting client demands for globally competitive prices, quality products, in depth technical support, whilst providing solutions to your logistical problems. Our seal application expertise and ability to solve both technical and supply problems can help you lower your costs, improve your processes and increase your profits.